This morning my sweetie and I had to euthanize her elderly cat, LC (Little Cat). She was as close to 20 yrs old as you can get, without paperwork. She wasn't doing very well at the end, but even so, it was the first time she had refused her breakfast, and barely drank her water, she could barely walk, and the litter box, when she could get to it, was more miss than hit, so I think it was okay.

Euthanasia is not an easy decision to make. I've done it a few times, and it has never been easy. It's heart-wrenching. I've never slept well the night before, or even a few days before coming to the realization that it is, perhaps, time.

LC was not the most lovable cat. I came into her life late, just over five years ago. I was warned she had bitten and scratched, that there was a red flag on her vet file, and not to handle her too much. She was beautiful, a Smoke Tabby, dark and striped on top, lighter beneath, with huge, luminous eyes. Small, but feisty, or maybe fierce is a better word. But she had her moments of need, when she would come to you for attention (affection?) and even then, you wanted to be careful, she could change her mind. And the dogs were wary around her, if only due to our cautioning...Except Samantha, as a wee puppy, had ventured too close and when we discovered her eye full of blood, realized LC had sliced neatly through her third eyelid with a claw. The eyelid had to be surgically snipped. Hank never liked LC, but never suffered any injuries. Lucas has only ever wanted (desperately) to herd her. Duncan, (the best dog ever), suffered a smart smack on the nose as a puppy that drew blood. LC pretty much ruled the house.

Still, I cared for her during my few years with her, fed her, picked her up once in awhile for cuddles and pets, took her to her vet appointments. I like cats. Even ornery cats. But I was very wary, right to the end. And when it came her time, she was not going to go without a final snarl and flexing of her claws. But as she was going, I kissed her head and said, Good girl, LC. Good girl. And my sweetie and I both cried, and said Good-bye.

(I have reprinted the below even though it is about dogs...it resonates.)

It is hard to kill a dog. We put it off and we delay and when we finally do it we ask ourselves afterwards if there wasn’t something more we might have done. And of course there was. Whenever you have to kill an animal, there is always something more you might have done to keep him alive. But after years with livestock and dogs, there comes a signal, faint but unmistakable that says: it is time. Ignoring that signal is cowardly: you are less willing to face your loss than the dog is to face his death.
Moose and I never quite got together. He was a nervous sheepdog and I wasn’t a good enough trainer to soothe him. Oh, he could do routine chores alright and had a good life here on the farm. In the hot summer months he spent hours swimming in the river.
Last fall Moose started limping and the vet found a lump under his front leg and maybe we could catch the cancer if we amputated. Three days after his amputation he hopped out to the corral to help with chores. Moose got around pretty good & even learned to lift his leg again but no, we hadn’t got it all, and a couple months later his right eye went blind and he started to smell bad. So now he’s in a place where the sheep don’t spook him; he’s much calmer and his new trainer knows better than I did how to handle a dog.
The evening before I killed him, the three-legged, one-eyed sheepdog went out to help me feed. He kept the ewes off the feeders. All through the night he vomited and in the morning vomited his butter-enclosed aspirin tab.
Moose died here, where twelve years ago he was born and he’s buried in the graveyard on the hill where I hope to be buried someday. Moose’s mother and father were already on the hill.
We carried him to his grave on his sheepskin bed and set his letter underneath. My wife, Anne, writes a letter for every one of our dogs and I have never asked her what she writes. She says it’s a passport and I like to think of Moose coming to the last river he will ever cross and offering the boatman his letter. Oh, yes, I was a very good dog.


But it may be, it just may be—all our dogs waiting on the far side of the river that Anne and I must one day cross—those letters may not be dogs’ passports. They may be ours.

Judging a book by its cover

A reviewer once commented on the cover art of my second novel, Falling (2015), stating:  "The cover is fine. But this book deserves a brilliant cover, not one that is just fine." I cannot even begin to tell you how much I agree with this statement. And the cover of Falling was a point of contention for a few weeks, while we went back and forth and back and forth. I am grateful I was allowed input at all, trust me...because this is what was first put forth: 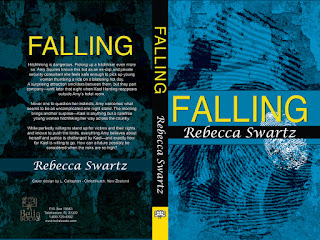 It's not terrible, though a bit ambiguous...but it didn't have anything to do with the story. So I said, Um, nope...can we try again?

This was the next offering: 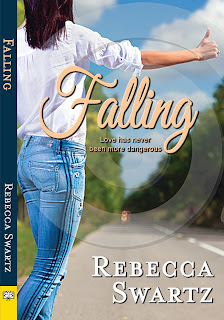 I nixed that one immediately. The title font, the butt shot (I am completely against butt shots, yet, ironically enough, many lesbian novels fall victim to them, sadly), even the colour of the font, was all wrong. I liked the headlights in the distance, the concept art of the female hitchhiker...so I asked my sweetie, who is a graphic artist, and a very successful business owner, to see what she could come up with. She tried a couple of things, and I sent them in, and again asked, "Can we try again, please?"

This is what I was offered, a combination of something my sweetie found, and something already in play, which is the cover we finally decided on: 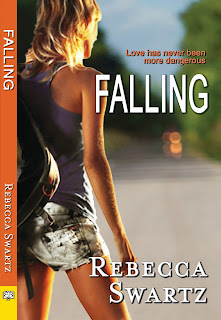 However, my sweetie went one step further, and also constructed this: 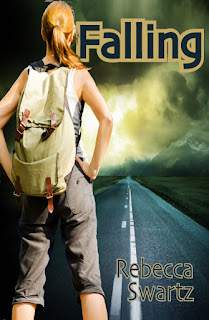 This is my favourite. I like the clear, no-nonsense attitude of the young woman, I like the foreboding, storm-approaching sky, the highway stretching out before her (it's only missing the headlights)...THIS is the cover the aforementioned reviewer was thinking of. This cover IS brilliant. Unfortunately, when I sent this in, it was nixed immediately, precisely due to those things we liked about it...it was too dark, it wasn't inviting enough, there was no "romance" to it--but if you've read the book, you know it IS dark, it's NOT very inviting (though it is captivating), and while there is some romance, it's NOT a romance novel.

I am still incredibly grateful to have been allowed a say at all, don't get me wrong. And the cover art of both of my novels is fine, let me be clear on that. But when readers think that authors have any control over the cover art of their books, they must be made aware that this is rarely the case...and sometimes, when it is the case, the author may be an even worse judge than the artists themselves, who likely have only read the blurb, and have no clue what the book is actually about, and so are completely objective. Objectivity is not a bad thing, in such cases. It is, in fact, essential.


Posted by Rebecca Swartz at 1:20 PM No comments: